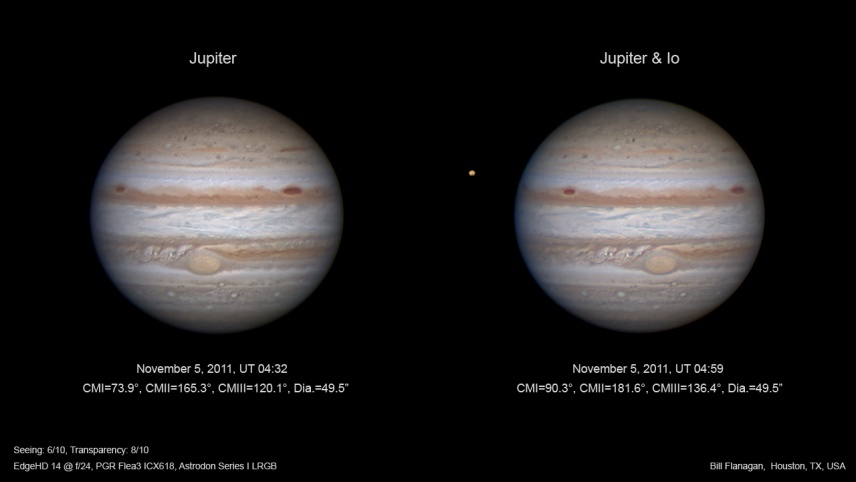 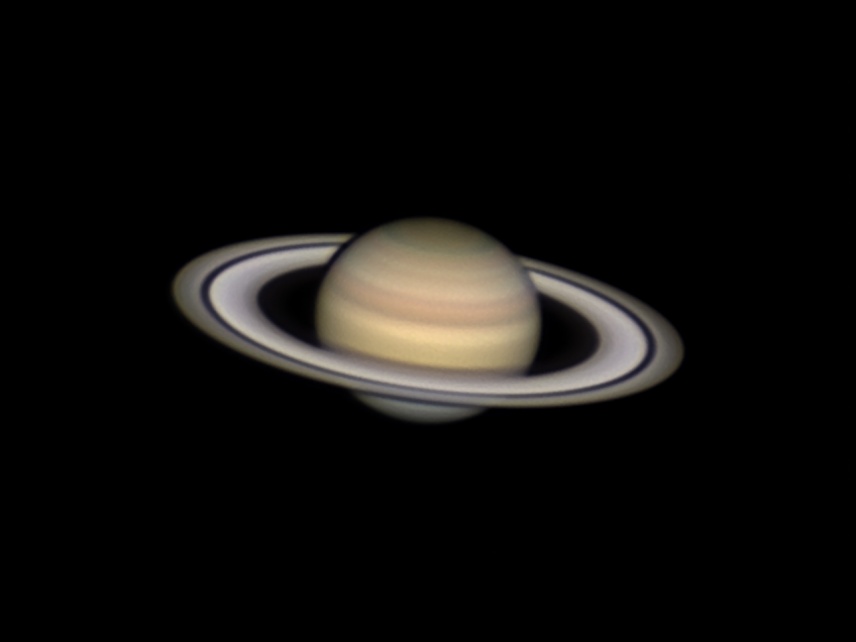 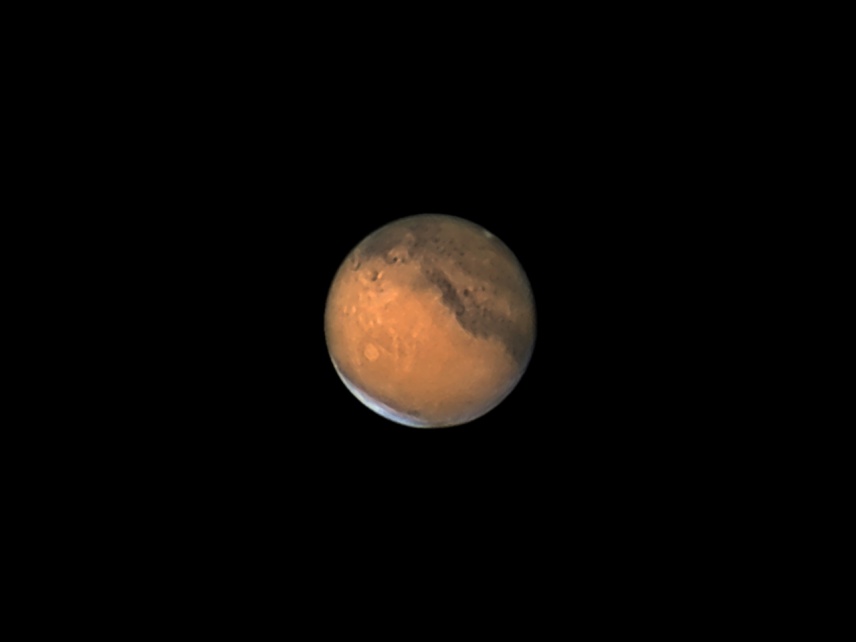 Image Description:
This image of Mars was taken during the 2005 Apparition. The prominent feature visible in the lower left quadrant of Mars is the volcanic mountain Olympus Mons. Olympus Mons rises to a height of almost 14 miles above the surface of Mars making it one of the tallest mountains in the Solar System. Equipment: Celestron C-14 @ f/36, Lumenera Lu075 Camera, Astronomik LRGB Filters
Image Title:
Mars November 14, 2005
Image: 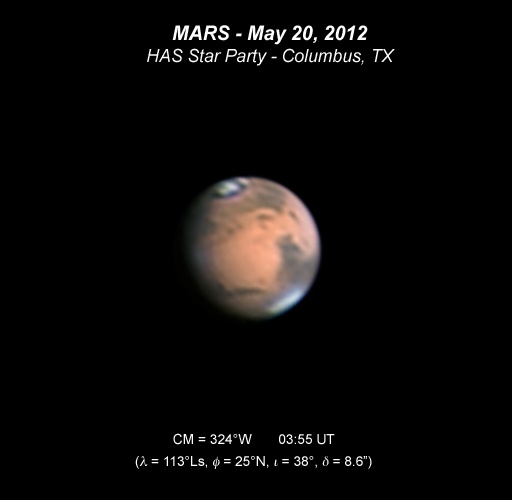 Image Description:
Taken from the HAS Columbus Observatory Site during our Star Party on May 19-20. Mars was quickly receding from us during this apparition and was only 8.6" in size on this night. Although fairly small, we were able to visually observe a number of prominent features on Mars that can be seen in this image. The Hellas Impact Basin, visible in the lower right of the image, is filled with bright clouds. With a diameter of 1,400 miles and a depth of 30,000 feet from the rim to the bottom of the basin, Hellas is one of the largest impact basins visible to us in the Solar System. The basin is believed to have formed about 4 billion years ago when a large asteroid impacted Mars. The North Polar Cap (NPC) of Mars is visible in the upper left of the image. Two distinct rifts in the NPC were visible on this night. The large dark streak on the right side of the NPC is exposing the surface of Olympia Planitia and separating the NPC fragment Olympia from the rest of the NPC. On the left side of the NPC, the smaller rift is actually the large canyon Chasma Boreale which is producing the split in the NPC that has been called Rima Borealis. The large dark feature in the lower right, reminiscent of the continent of Africa, is the albedo feature Syrtis Major. Over the years observers have recorded changes in the shape of Syrtis Major. Some early theories attributed these changes in shape to changes in vegetation. However, observations made by planetary probes sent to Mars confirmed that these changes are due to the redistribution of wind blown sand and dust over the underlying dark volcanic rock of Syrtis Major. Equipment: Celestron EdgeHD 14 @ f/27, PGR Flea3 ICX618 Camera, Astrodon Series I LRGB Filters
Image Title:
Mars - May 20, 2012 (North Up)
Image: 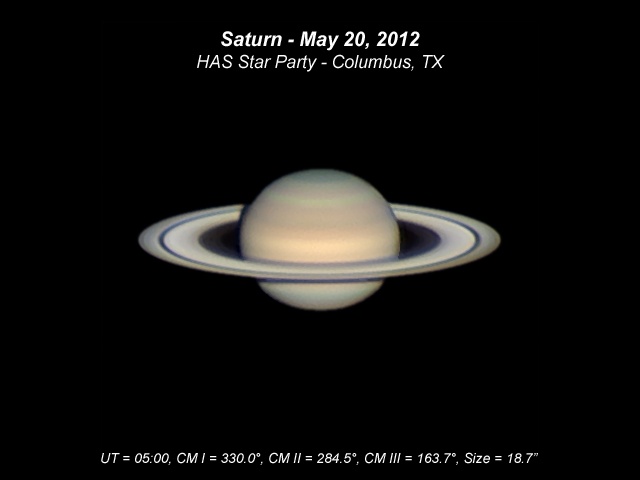