Original article appears in GuideStar May, 2013. 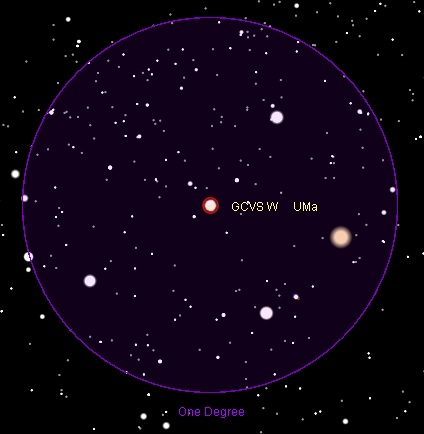 The name of this star gives it away as a variable star. (A star that has a letter of the alphabet, or two, starting with R preceding the name of the constellation identifies a variable. This one, with W as the designator is the 6th variable identified in this constellation). One of the things that scientists of all kinds do is to put items in categories. It helps these scientists understand and organize information. This happens with variable stars, too and there are lots of categories for variable stars. The star that defines that category is called the ‘prototype’ star. This star is the prototype for other variables which are thus called W UMa variables.

W UMa is an eclipsing variable with a period of .3336 days, so the star goes through a complete cycle from dimmest, to brightest, to dimmest three times in one day. Could you detect this variability by watching it with your small telescope. Yes, you can. It is generally agreed that you can estimate star brightness within .1 magnitude visually.

Finder charts can be produced at AAVSO.org although comparison stars are rare in this area. 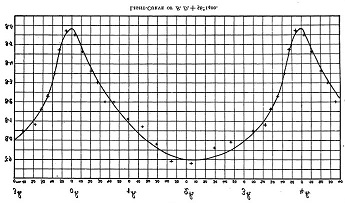