Shallow Sky Object of the Month: Another Double-Double in Lyra

Why this is interesting: You probably know about the ‘double-double’ in Lyra (Epsilon Lyr). If you don’t, check the September, 2009 GuideStar on the HAS web site. Epsilon Lyr is the ‘Shallow Sky Object’ in that issue.

This is a similar set of stars, four stars comprising two sets of double stars but there are differences. The stars comprising this double-double are dimmer, and the close pairs of stars that make up the end-points of the collection are not as close.

The inspiration for this object is from the book A Year of the Stars by Fred Schaff, purchased at a used book store for $5.98. You never know what treasures you’ll find at these stores.

So, the 2470/2474 set of stars are easier to split, but much dimmer. If they were bright enough you could easily split the main pair with you unaided eyes. If you can find them with binoculars, you could split the main pair easily. I’ve not tried to observe this set of stars with binoculars, but I have looked at this set with a 4” telescope and I was able to see all the stars in the grouping easily.

Another significant difference is that the pairs formed at the end of the main pair are along parallel lines. For Epsilon Lyr the end-pairs are at right angles to each other. 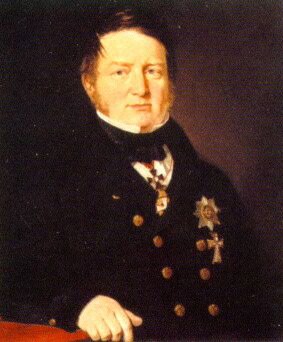 Otto Wilhelm Struve (1819-1905) was the son of FGW Struve and part of a large family with astronomical interests.

Sometimes you’ll see double stars designated as OΣ, which means that they are in a catalog of Otto Wilhelm Struve (543 double stars), and some software uses STT (don’t know why) as the designator for these stars.

Since our computers don’t usually have Greek keyboards, entering the sigma character is rather problematic.

Many stars have multiple names and one name might work in SkyTools, but not in your planetarium software or vice versa. SkyTools usually lists several alternate designations for an object in its database and is usually my go-to resource for determining other designations for stars. Struve 2470A (the brighter star of the double pair) has nine additional designations for the star including those from the Smithsonian Astrophysical Observatory (SAO) and the Hipparcos catalog (HIP).

This is a confusing and frustrating problem in astronomy, and it is all the more reason why you should carefully plan your observing session before you begin. Make sure you know the designations for the object and which one of those designations appears on your map or in your software.

There is a more contemporary Otto Struve (1897-1963) as well. Not to be confused with his grandfather, the newer Otto was the director of the Yerkes and the McDonald Observatories.

Note: An earlier version of this article in the GuideStar confused the two Otto Struve astronomers. This is a corrected version.