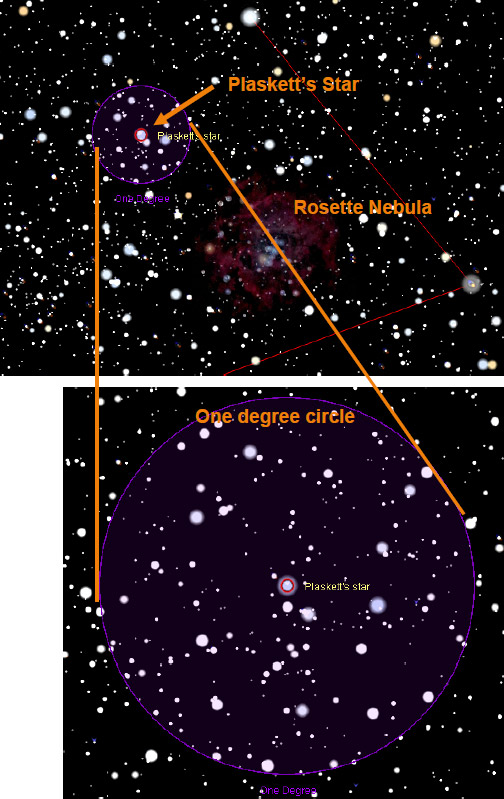 I observed this star on January 19 of this year, and it’s a real beauty. It’s the brightest star in a field of stars and shines like a steely-blue diamond in the sky. I found this star in a catalog while looking for an O class star for my ‘Observing Stellar Evolution’ Astronomical League program.

You remember that star colors are designated by a letter O being the hottest (whitest) stars and M being the coolest (reddest) stars.

Plaskett’s Star is actually a pair of O stars orbiting each other with a period of just over 14 days. You will not be able to split the pair of stars with your telescope; their binary nature only reveals itself when a spectra is taken of the star. The mass of the star system is estimated at over 100 solar masses.

The star is named after John Stanley Plaskett (1865-1941) who as a Canadian astronomer studied spectroscopic binaries.