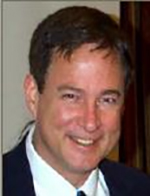 I knew Bill Leach by name, face, and reputation but did not really know the man. Over the years his name would pop up and though I wondered, I had not yet filled in the gaps of my education. It was time to do some hunting around our website.

When Leach was HAS President, 2007-2009, he never wrote a column for the GuideStar. I found that odd as good a science communicator as everyone knew him to be. Digging a little deeper, I saw that for many years he ran the Long Range Planning Committee and the Advanced SIG—a special interest group within the club. Whenever there was a new project of interest, Bill was sure to be involved. He was also the founder and a president of the North Houston Astronomy Club (NHAC) and ran several Astronomy Day and All Clubs events at a time when both events could have faded away in Houston. Bill also held the office of HAS Vice President for more years than anyone else in the society—not always consecutively but spanning decades to stay the course. That's deep knowledge and unwavering commitment to the citizen science of amateur astronomy.

As VP, Bill Leach did find time to write columns about astronomy. Here's one that gives a sense of the man: The Quest to Know...and Understand (GuideStar 7–9). Many of us expand our knowledge of astronomy through books and special purpose websites, as do I. But there’s something about seeing the universe through the eyes of astronomy club members who live in Greater Houston that can’t be replaced. After all, we are members of Space City once more. What better source than here?