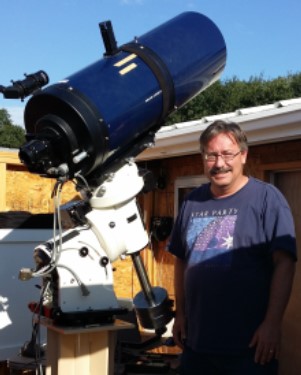 No doubt you already know of the most recent discoveries made at the HAS dark site near Columbus by Walt Cooney. But maybe you haven’t seen the man himself and the scope that made it happen. Walt made the discovery of two variable stars, UCAC4 427-090942 and UCAC4 425-096646, which were accepted into the VSX database by the AAVSO, American Association of Variable Star Observers. Here he is in his private observatory at the Dark Site, the Starry Night Observatory. 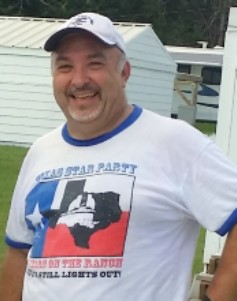 I’ll bet you enjoy reading Don’s writings as much as I do—as do those around the world who read the GuideStar and our “excellent website.” One of his articles recently attracted the attention of author Norman Butler whose book Building and Using Binoscopes was published by Springer last November. Here’s part of Butler’s request:

I came across your excellent website and I found an article written by Mr. Don Selle about the famous “WOW! Signal.”  If possible and with your kind permission, I would like to include this excellent article in its entirety … in Chapter 6 in a new book I am currently writing called The Alien Universe due to be published early next year. 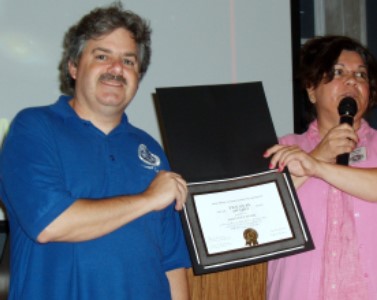 Speaking of authors, Brian Cudnik—author, editor for Springer Publishing, and Astronomical League Master Observer—has just earned a Texas 45 observing pin and silver level award certificate. Reading Brian’s observing notes was reading poetry. It has me determined to observe the program again on the C-14 so I can try spotting some of what your expert eye teases out.