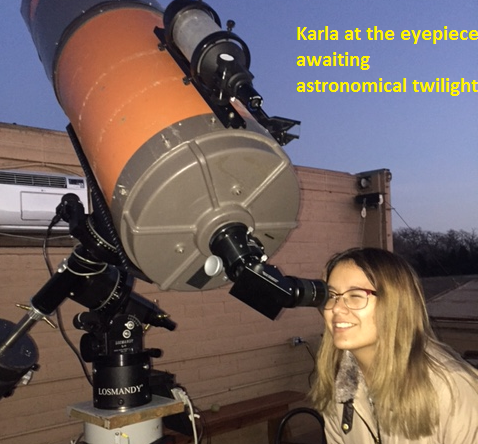 I heard Kim Arvidsson speak at a star party at UBarU, its first since earning status as a Dark Sky Place by the International Dark-Sky Association.

Most attendees were not astronomers but all were interested in the universe, particularly in the beginnings of things. Kim spoke about star birth. By the questions, I could see we all shared the wonder of genesis, from whichever direction we approached it.

Dr. Kim Arvidsson, Assistant Professor of Physics and Astronomy at Schreiner University, will be speaking to us February 3rd on The Birth of Stars. Because there's no easy way to get from the Texas Hill Country to Houston, Dr. Arvidsson will be Skyping his talk to us at UH, and we'll be Skyping back our questions. Should be fun. Thanks, Michael Rapp, for setting us up. 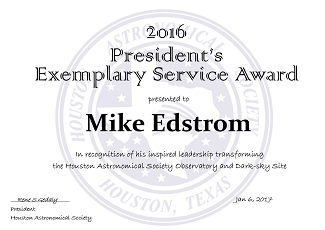 If you were with us in January, you know what a difficult decision I had choosing one person only to receive my annual exemplary service award. It was an outstanding year for HAS with an inspired team of volunteers; I was both proud and humbled to award each leader a certificate at the meeting.

If you've been following along, you know about the transformation occurring at the HAS Observatory and Dark Site. While Mike is the first to tell you about all the dedicated members it takes to run the place—much less improve it—this time I wasn't going to let him get away with giving away all the credit. Mike Edstrom, Observatory Director, is the recipient of the 2016 President's Exemplary Service Award in recognition of his inspired leadership transforming the Houston Astronomical Society Observatory and Dark-sky Site. Congratulations, Mike. My sincere thanks. 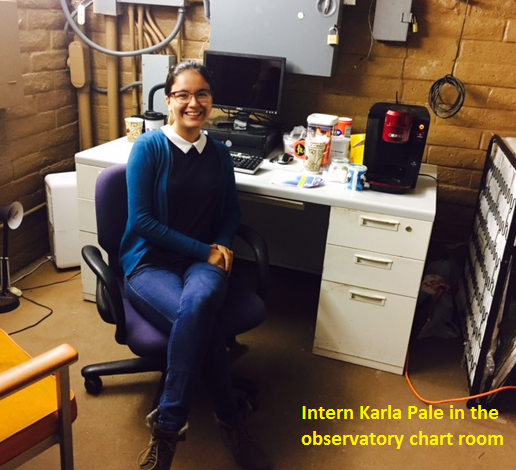 Karla Pale (pronounced Pah-lay) is a new student member and high school senior who's enamored of astronomy. She's also our first official intern at HAS. Karla and I spent three 24-hr days at the observatory recently where she learned to operate the f/5 and C-14 telescopes in the evenings and during the day researched the literature for her senior paper on the indirect detection of dark matter.

She'll join the science fair winners at the June membership meeting to give a talk on her findings. A big thanks to Chris Ober and Jack MacDonough for getting the new mount and software ready for the C-14. What a special use of the observatory. And I finally ran across someone else who giggles looking at the moon.