Observation's of the Editor 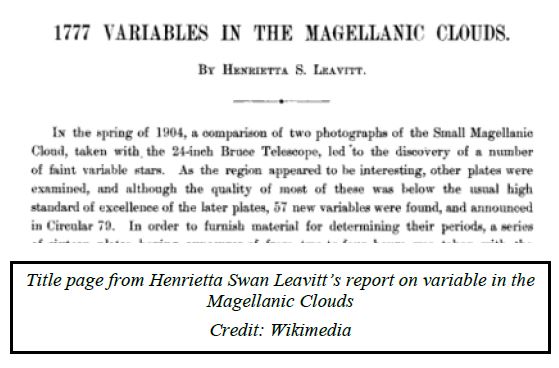 If you are going to the Main Street Theater to see the ‘Silent Sky’ play (about Henreitta Swan Leavitt, the discoverer of the period /luminosity relationship in Cepheid variable stars), you may wish to read up on her and her work before you go.

The book Miss Leavitt's Stars: The Untold Story of the Woman Who Discovered How to Measure the Universe (Great Discoveries), by George Johnson is available from many sources (including Amazon). I read the book some years ago, but in preparation for seeing the play I read it again, this time on my Kindle (because I can’t find my hardback copy). It’s a short book, and an easy read, so you can get through it well ahead of attending the play.

There’s lots of other information on her on the Internet, including an article on Wikipedia. Find it here:

Dr. Frank Bash at HAS meeting

I’m excited to hear from Dr. Frank Bash, the former director of the McDonald Observatory (1989-2003). He was a guest speaker at one of our HAS banquets, long ago, when we had those events. I’ve been fortunate to meet with Dr. Bash several times at the McDonald Board of Visitors meeting. Dr. Bash is best known, perhaps, for being the director when the Hobby-Eberly telescope was designed and built at the observatory site near Fort Davis. It’s a great telescope in many ways, and it was a bargain. When similar sized telescopes were costing $100 million to build the HET was built for $13.5 million.

The HET is now being outfitted to be the instrument used in the Dark Energy Experiment, which will characterize dark energy (the name for the unknown force that is causing an acceleration in the expansion of the universe) in the universe. This research could be groundbreaking in developing the understanding of this phenomenon.