This is the first installment of a series of columns revolving around observing the Messier Catalogue.  The intent is to provide the reader a small sampling of the Messier objects that are most visible in the time frame the column is published.  Hence, these objects should be easily identifiable in and around the month of February and early March. 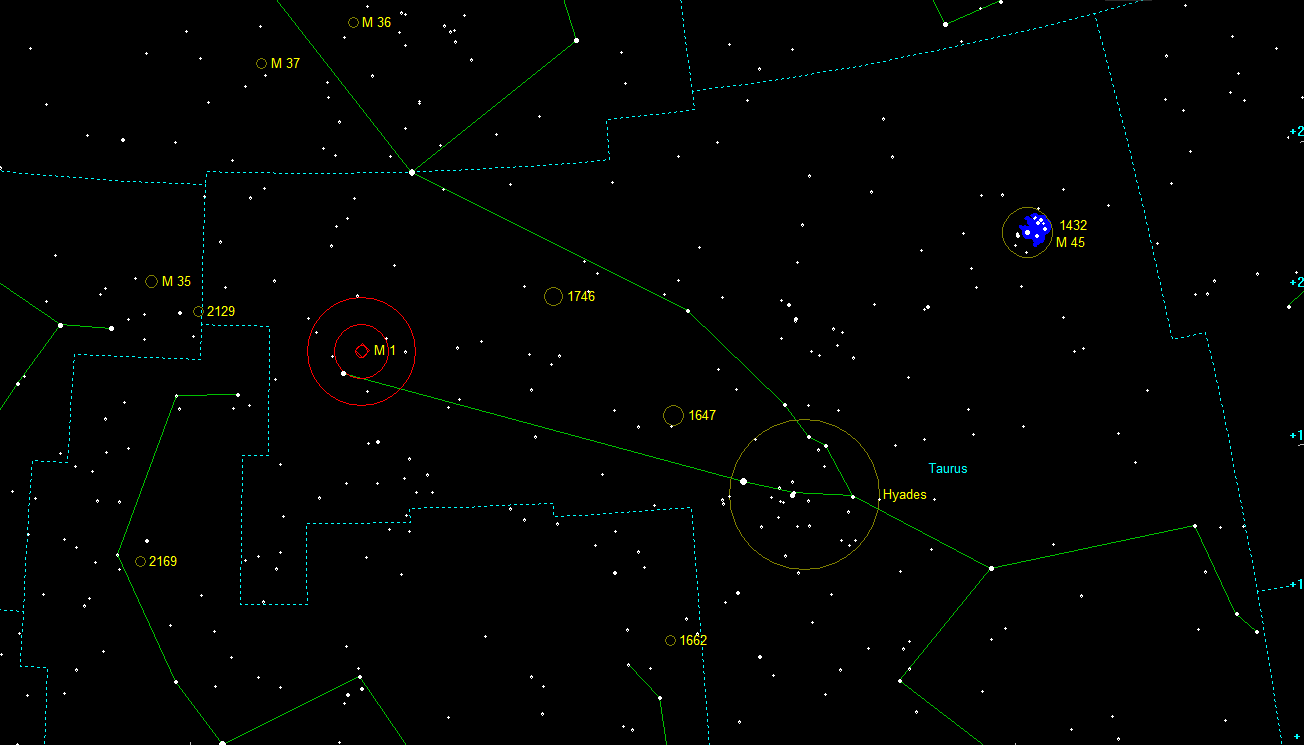 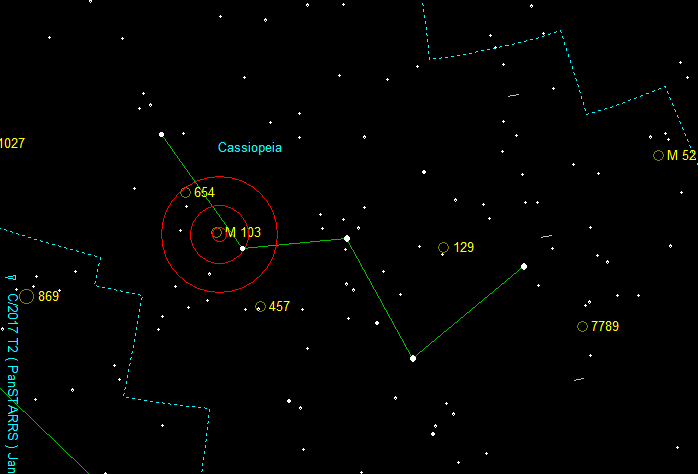 M103: One of the less notable open clusters in Messier’s Catalogue, it was originally identified by Mechain in 1781.  Challenge: it has a definite fan shape as do two other open clusters in Cassiopeia, M52 and NGC663.  See conflict below.  This the last object listed Messier’s original catalogue.  Numbers 104 through 110 have been added in recent years on the basis that Messier did observe them and that they would have been included had another Messier supplement been published. 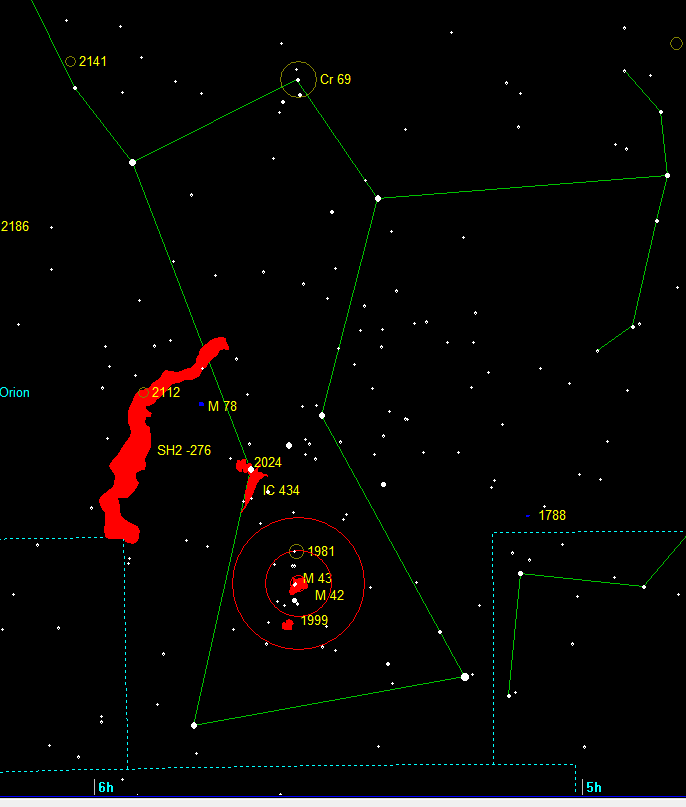 M042:  a nebulous star cluster in Orion.  Messier certainly did not “discover” this prominent naked-eye object; but he did determine its exact position, along with M43, M44, and M45 in March of 1789.  M42 is possibly the most rewarding deep sky object for a telescope of any size.  It has a wealth of eye detail and shows some color in a telescope of moderate aperture.  A prominent feature is the Trapezium, a bright, compact cluster of four stars in the shape of a trapezoid within the nebula.