Landing On Mars a Tricky Feat!

Landing On Mars: A Tricky Feat! 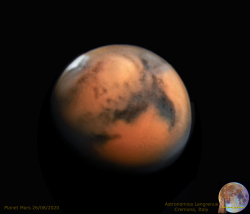 The Perseverance rover and Ingenuity helicopter will land in Mars’s Jezero crater on February 18, 2021, NASA’s latest mission to explore the red planet. Landing on Mars is an incredibly difficult feat that has challenged engineers for decades: while missions like Curiosity have succeeded, its surface is littered with the wreckage of many failures as well. Why is landing on Mars so difficult?

Mars presents a unique problem to potential landers as it possesses a relatively large mass and a thin, but not insubstantial, atmosphere. The atmosphere is thick enough that spacecraft are stuffed inside a streamlined aeroshell sporting a protective heat shield to prevent burning up upon entry - but that same atmosphere is not thick enough to rely on parachutes alone for a safe landing, since they can’t catch sufficient air to slow down quickly enough. This is even worse for larger explorers like Perseverance, weighing in at 2,260 lbs (1,025 kg). Fortunately, engineers have crafted some ingenious landing methods over the decades to allow their spacecraft to survive what is called Entry, Descent, and Landing (EDL).

The Viking landers touched down on Mars in 1976 using heat shields, parachutes, and retrorockets. Despite using large parachutes, the large Viking landers fired retrorockets at the end to land at a safe speed. This complex combination has been followed by almost every mission since, but subsequent missions have innovated in the landing segment. The 1997 Mars Pathfinder mission added airbags in conjunction with parachutes and retrorockets to safely bounce its way to a landing on the Martian surface. Then three sturdy “petals” ensured the lander was pushed into an upright position after landing on an ancient floodplain. The Opportunity and Spirit missions used a very similar method to place their rovers on the Martian surface in 2004. Phoenix (2008) and Insight (2018) actually utilized Viking-style landings. The large and heavy Curiosity rover required extra power at the end to safely land the car-sized rover, and so the daring “Sky Crane” deployment system was successfully used in 2012. After an initial descent using a massive heat shield and parachute, powerful retrorockets finished slowing down the spacecraft to about 2 miles per hour. The Sky Crane then safely lowered the rover down to the Martian surface using a strong cable. Its job done, the Sky Crane then flew off and crash-landed a safe distance away. Having proved the efficacy of the Sky Crane system, NASA will use this same method to attempt a safe landing for Perseverance this month!

You can watch coverage of the Mars Perseverance landing starting at 11:00 AM PST (2:00 PM EST) on February 18 at nasa.gov/nasalive. Touchdown is expected around 12:55 PM PST (3:55 PM EST). NASA has great resources about the Perseverance Rover and accompanying Ingenuity helicopter on mars.nasa.gov/mars2020 . And of course, find out how we plan to land on many different worlds at nasa.gov. 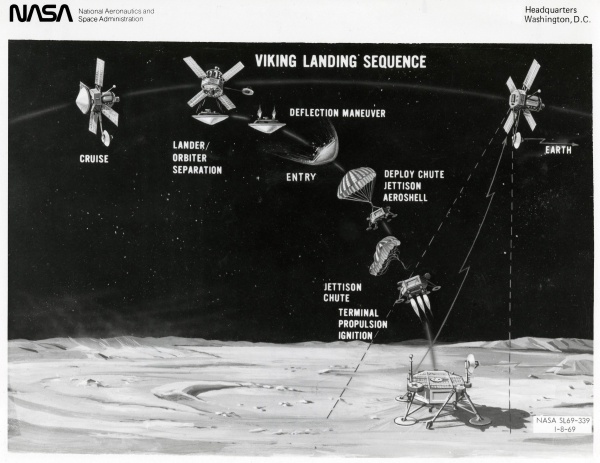 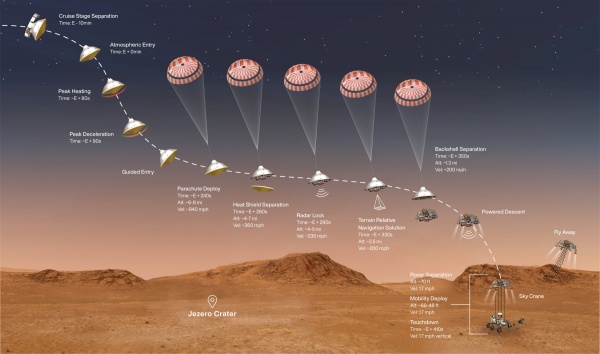 Illustrations of the Entry, Descent, and Landing (EDL) sequences for Viking in 1976, and Perseverance in 2021. Despite the wide gap between these missions in terms of technology, they both performed their landing maneuvers automatically, since our planets are too far apart to allow Earth-based engineers to control them in real time! (NASA/JPL/Caltech)