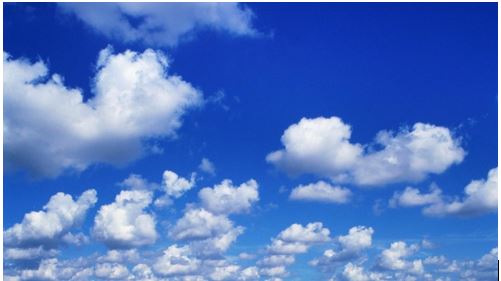 On multiple occasions, usually upon hearing how much observing I’ve been able to do in a relatively short time, people have asked me “how do you know it’s going to be clear when you head out to the dark site?”  To be honest, frequently I don’t!  Here on the Gulf Coast, our weather is notoriously volatile.

In the winter months though, usually clear skies are pretty predictable.  Watch your local weather forecast for a cold front, look at when it’s going to pass, and head to the site the next night (assuming there’s not another front right behind it!).

Summer is a completely different beast, however.  In summer, the parade of fronts that we see in the winter stays to the north of us, and we are instead treated to a daily cycle of the sun heating the gulf, generating a bunch of storms which then drift over land and dump some rain on us.  These storms are generally quite small in area and isolated.  One time I distinctly remember driving less than a mile from my home to the store, and it wasn’t raining either at my home or the store, but I drove through pouring down rain on the trip.

I’ve seen several people over the years decide whether or not to make a dark site trip that evening by going outside around noon and looking up.  This is a TERRIBLE idea.  For starters, many years this would probably result in you missing the whole summer.  Think about it for a minute; if a summer storm can be so small it doesn’t even cover my whole neighborhood, let alone the whole city, what does it mean for the weather 80 miles away at the dark site?  The answer is: NOTHING.  Storms also have a way of moving, so they’re not going to be in the same place at night as they are in the afternoon.  The weather in Houston in the daytime is simply not an indicator of the weather at the dark site at night.

If you want to observe the summer sky on the Gulf Coast, you just have to suck it up and go to the site.  Do not let the daytime weather cause doubt to creep in.  If it is a particularly bad night, the great astronomical weather resources like Clear Sky Clock ought to catch it for you.  But if those forecasts are clear, and your sky looks like the photo here, it’s time to pack up the scope and get going.  Will this work 100% of the time?  No.  But over the course of the summer, you’ll get a lot more observing in than if you stay home just because of cloudy afternoons.   Hope to see a lot of you folks out at the site this summer.  Clear Skies!