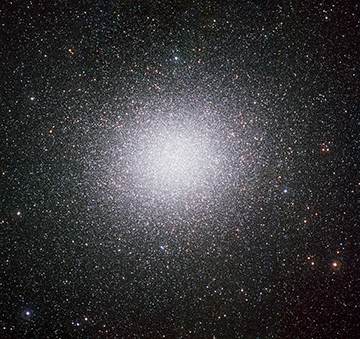 Wow – its June already!  June is the run up to full summer by the end of the month, but here in south east Texas it can be hard to tell the difference. The days get longer and the nights shorter, and mosquitos return with a vengeance - not great for astronomy, but there is an upside – the return of the Summer Milky Way!

At the end of twilight during June you will find that the skies of Spring have already transited and are starting to set in the west by midnight. As it gets dark however a few of the gems of the Spring are on or near the meridian.

Interacting galaxy pair M51 is on the meridian at dark. When I started as an amateur astronomer, I had an obsession to observe this icon of the night sky. Long story short after much frustration, I finally realized it would take a bigger aperture than the 90mm Mak-Cas scope I owned at the time. Dark skies also help significantly.

By the time I made my first trip to the Texas Star Party, I had still not observed M-51, and it was high on my list to observe. I had an 8 inch Schmidt-Cas and a pair of 10x50 binoculars. I was truly amazed when I swept the area where M-51 with the binoculars and saw it and M101 as clear as day!  I was finally able to observe both from the HAS dark site with an 8 inch dob, though the skies need to be pretty clear and transparent to see them well.

Omega Centauri (aka NGC 5139 or Caldwell 80) is another example, and in June you have one last opportunity to observe it this year. If you are set up and ready to observe before dark, you can catch this amazing globular cluster nearly due south and at about 12 degrees elevation. It culminates just at dark by mid-month hovers for a short time just above the tree line at the HAS dark site.

This globular is easy to find if you know where to look. At magnitude 3.9, it’s a naked eye object and looks like a fuzzy star. When viewed with binoculars or through a telescope, you will realize that the size of its central core size is like that of a full moon.

When you do observe it though, consider yourself fortunate to live at about 30 degrees north latitude. Most amateur astronomers living in the northern hemisphere must travel south of their homes to have the opportunity to observe this greatest of globular clusters.

As the evening progresses towards midnight, the constellation Scorpio rises fully in the south. There are many great objects here, though the globular cluster M4 and open clusters M6 and M7 are the real standouts. Due to its size, brightness and proximity to the star Antares, M4 is the easiest to find but the other two are not so difficult.

Once you have found these bright clusters, you should also look to the north-east and find the “keystone” of Hercules four bright stars which make a misshapen square near the zenith. It is here you will find M-13 the second largest globular cluster in our skies, and a good compliment to Omega Centauri. It too is fairly easy to find. Compare what you see here with your memory of Omega Cen.

M-13 was the first DSO I was able to star hop to and find in my 90mm Mak. While you are here, don’t make the same mistake I did and ignore M-92, also a grand globular. It’s a fitting companion to M-13, though it tends to get lost in the amazement about M-13 (guilty as charged!).

By midnight you should see the Sagittarius teapot fully risen in the south east. There are two more globulars which are close to the 3rd magnitude star Kaus Borealis which is the knob on the top of the teapot. M-22 is the bigger and brighter of the two, and looks much like M-4, but M-28 is no slouch. After completing my first star hop ever to M-13, I used my new found skill to bag these two beauties too.

I was so absorbed in my initial success at star hopping that it was only at this point that I started to notice the mosquitos. If you do go out to the HAS dark site this summer, make sure you prepare for them.

If you don’t mind using repellent on your clothing and skin, I find adding a small fan blowing on you also helps improves the effectiveness and helps keep you cooler. If you prefer to stay away from repellents you spray on yourself, there are other alternatives. Many folks use the Thermacell repellent, which heats up a pad that emits a cloud of repellent in the air. Good for when the air is still – leave the fan at home!

There are so many more night sky gems in the summer Milky Way, I could spend hours telling you about them. Better for both of us if you get out there and observe them yourself!

See you at the dark site!