Vast fields of marble-sized chunks of ice and rock spun slowly in the darkness this week, and I sat in the back of a grey conference room with white plastic tables spread with papers and laptops. I was sitting in on a meeting of an international team of astronomers gathered to analyze data from the Herschel Infrared Observatory. This telescope, sometimes just called Herschel, orbits the Sun about a million miles from the Earth. 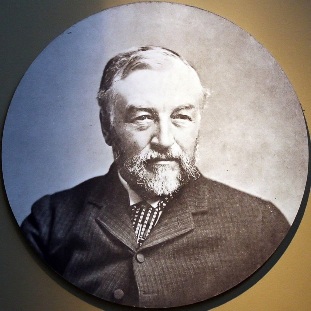 The meeting began with dinner at Karl’s house. Karl charred chorizo on the backyard grill while the airplanes dribbled into Dulles airport. Our colleagues arrived, jet-lagged and yawning, from Germany, Sweden, and Spain, and we sat on Karl’s couches catching up on the latest gossip. The unemployment level in Spain is about twenty percent, so research funding there is hard to come by these days. That’s not nice to hear. But it cheered us up to be with old friends.

The meeting commenced the next morning, as the vast fields of ice and rock continued to spin—shards glinting in the starlight. Or maybe they didn’t. Maybe they didn’t exist at all.

You see, this team is looking at a series of images of stars taken by a device called a bolometer that is blind to ordinary starlight. Instead, the bolometer inside Herschel senses infrared light, a kind of light that we would probably refer to as heat if we could feel it. But the idea of pointing the bolometer at the stars was not to collect ordinary starlight. It was to measure heat coming from the vicinity of these stars, like an infrared security camera, in case there was something else to be found lurking nearby.

And lo and behold, for a handful of stars, the bolometer measurements were off the charts! Maybe something was orbiting these stars. From the details of the bolometer readings—which channels lit up and so on—you would guess that this stuff took the form of majestic fields or rings of icy and rocky particles. It would be a new kind of disk, a discovery worth writing home to Madrid about.

There are several teams of astronomers analyzing data from the Herschel Space Telescope. They call themselves by oddly inappropriate sounding acronyms: GASPS, DUNES, DEBRIS. For the time being, the scientists on these teams are the only ones with access to the Herschel data. But in January, all the data these teams are working on will suddenly be released to the public. So they are all under pressure to finish their work by then. The team whose meeting I was sitting in on would like to publish a paper about the new disks by then.

But it’s not so simple. The stars that this team had measured were relatively nearby as stars go, less than a few hundred light years. But the universe is big, and full of galaxies of all kinds—a sea of galaxies starting from maybe a hundred thousand light years away, and stretching on and on. Maybe one of those background galaxies was lined up with each of the stars that had lit up the bolometer—fooling us into thinking they were seeing disks around these stars.

The team argued and paced, and then broke for lunch. We marched to the cafeteria through the rain. Meanwhile, vast fields of marble-sized chunks of ice and rock spun slowly in the darkness. Or maybe they didn’t.

What else did Herschel recently uncover? Find out at http://spaceplace.nasa.gov/comet-ocean.

Dr. Marc J. Kuchner is an astrophysicist at the Exoplanets and Stellar Astrophysics Laboratory at NASA’s Goddard Space Flight Center. NASA’s Astrophysics Division works on big questions about the origin and evolution of the universe, galaxies, and planetary systems. Explore more at http://www.science.nasa.gov/astrophysics.