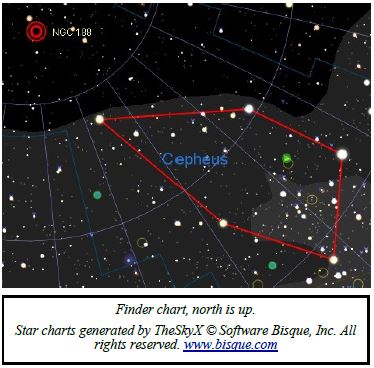 Astronomers study stars in open and globular clusters because the stars have the same age and they are the same distance from us. The variable in star clusters is the mass of the star, and the mass of the star determines how the star will live out its lifetime, how long this lifetime will be, and how the star will end its life (often a white dwarf for a low mass star and a supernova for a high mass star).

What if, then, the astronomer sees some cluster stars that should have left mid life (based on their mass), but haven’t? What’s the explanation for this?

These stars are called ‘blue stragglers’ because they’re bluer (hotter and more massive) than should exist in the cluster and they’re late to leave the mid-life party. The explanation for these stars is that they were not created with their current mass. They are actually the product of the merger of two or more stars in the cluster. Allan Sandage (student of Edwin Hubble) discovered these ‘blue straggler’ stars, from observations he made of M3 in 1953.

The Roche Lobe is simply the point at which material from one of the stars will be captured by the other star. While a red giant star is no longer shining by burning (fusing) hydrogen, the star does still have a hydrogen shell at the outer layer of the star. This material is what is transferred to the other star (that ultimately becomes the ‘blue straggler’). The red giant, after sacrificing much of its material to the newly minted ‘blue straggler’ star, becomes a white dwarf. In fact, remnant white dwarf stars have been found to accompany new ‘blue straggler’ stars, supporting the mass transfer theory.

Observationally, will you see blue stars when you look at the cluster? Probably not. More advanced observers might be able to detect the ‘blue stragglers’ photometrically. The color of a star can be determined by measuring the B (blue) and V (visual, green) magnitude of the stars. Interestingly, knowing only these two values will reveal the color of the star. The diagram’s horizontal axis is calibrated in the B-V value. Below is a H-R diagram of the stars in the NGC188 cluster. The horizontal axis is the temperature (color) and the vertical axis is the magnitude.  Making these measurements would be an interesting and challenging exercise for the amateur. Online telescopes, such as the iTelescope system can make B and V images of the cluster.

If you examine the diagram closely, you see that at about 15th magnitude and .7 B-V, there’s what’s called a turnoff point. This is the place where stars (that are not stragglers) are leaving the main sequence (mid-life) and moving to the right in the diagram, on their way to becoming red giants. You can also see a smattering of stars labeled as ‘blue stragglers’ which should have turned off the main sequence, but haven’t. (see GuideStar pdf for diagram)

To the right is a photograph of NGC188 with the ‘blue straggler’ stars circled. North is up in the image. Can you identify these stars visually? Extra credit for making this observation. (see GuideStar pdf for photograph)