Found in the constellation Draco is an asterism of stars in the shape of a “W”. It is officially called “Kemble 2”, but is sometimes referenced as a “Mini-Cassiopeia”. 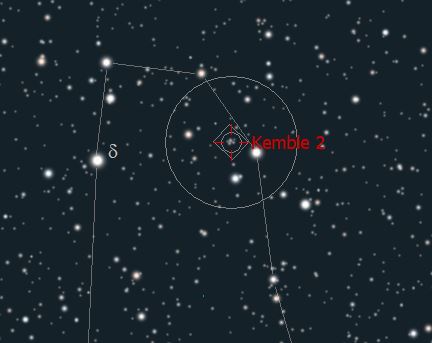 It is located near the star Chi Draco, in the “bend” of Draco the dragon. 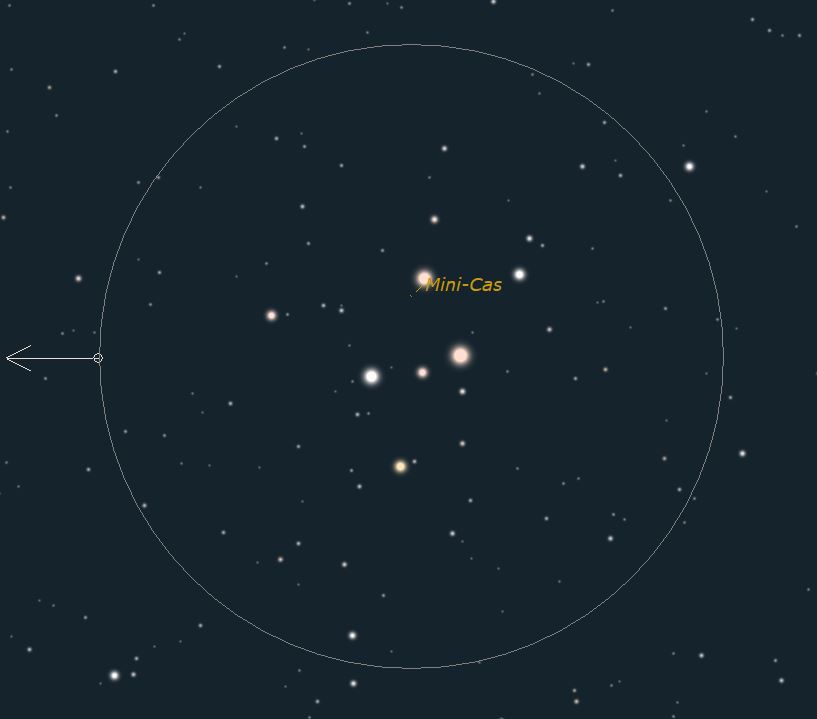 This was first named by Father Lucian Kemble in August, 1994 in a note to astronomer Arlid Moland. It was Moland who gave it the “Mini Cassiopeia” name.  Independently of Kemble and Moland, Brazilian amateur Bruno Alessi cataloged this object as Alessi J18350+7223”.